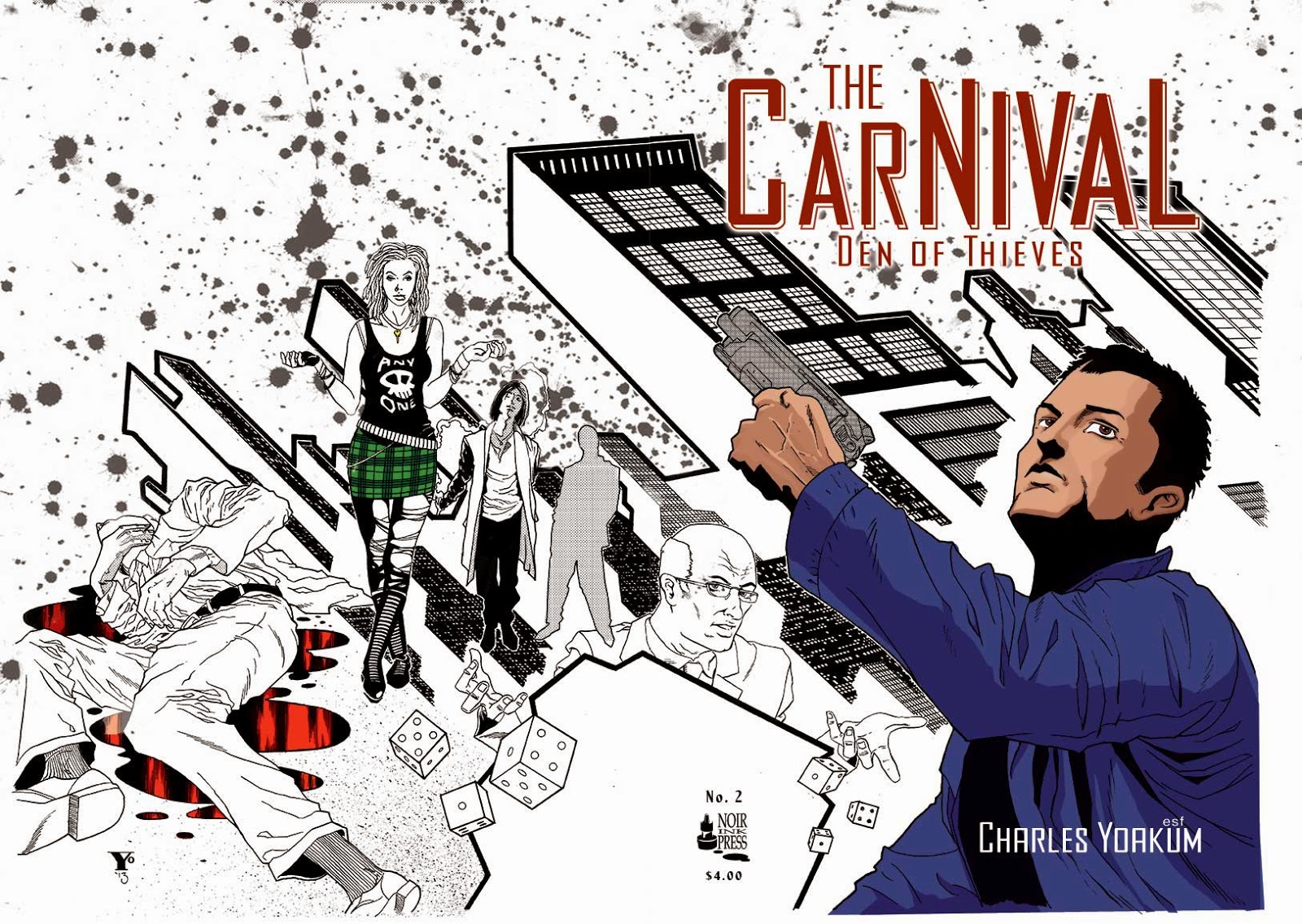 Posted by inkdestroyedmybrush at 1:35 PM 3 comments:

Work in Progress: The Carnival #2 page 12 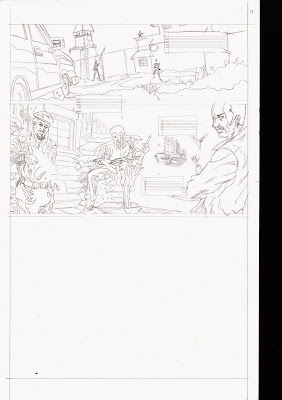 Just to share a little bit of work in progress, here is the top half of page 12, while it was still in pencil form, about to be lettered.

Yes, I'm hand lettering these on the pages. After looking at original comic artwork for so many years, I've begun to realize how much the panels need the word balloons on the page. What moves the piece of artwork from being simply illustration and into comics, is the fusion of words and text together to form a cohesive artistic whole. Besides, their position also effects the negative/positive of the artwork, adding white into black and visa versa. so expect fully hand lettered balloons and captions on this one.
Posted by inkdestroyedmybrush at 8:52 PM 1 comment: 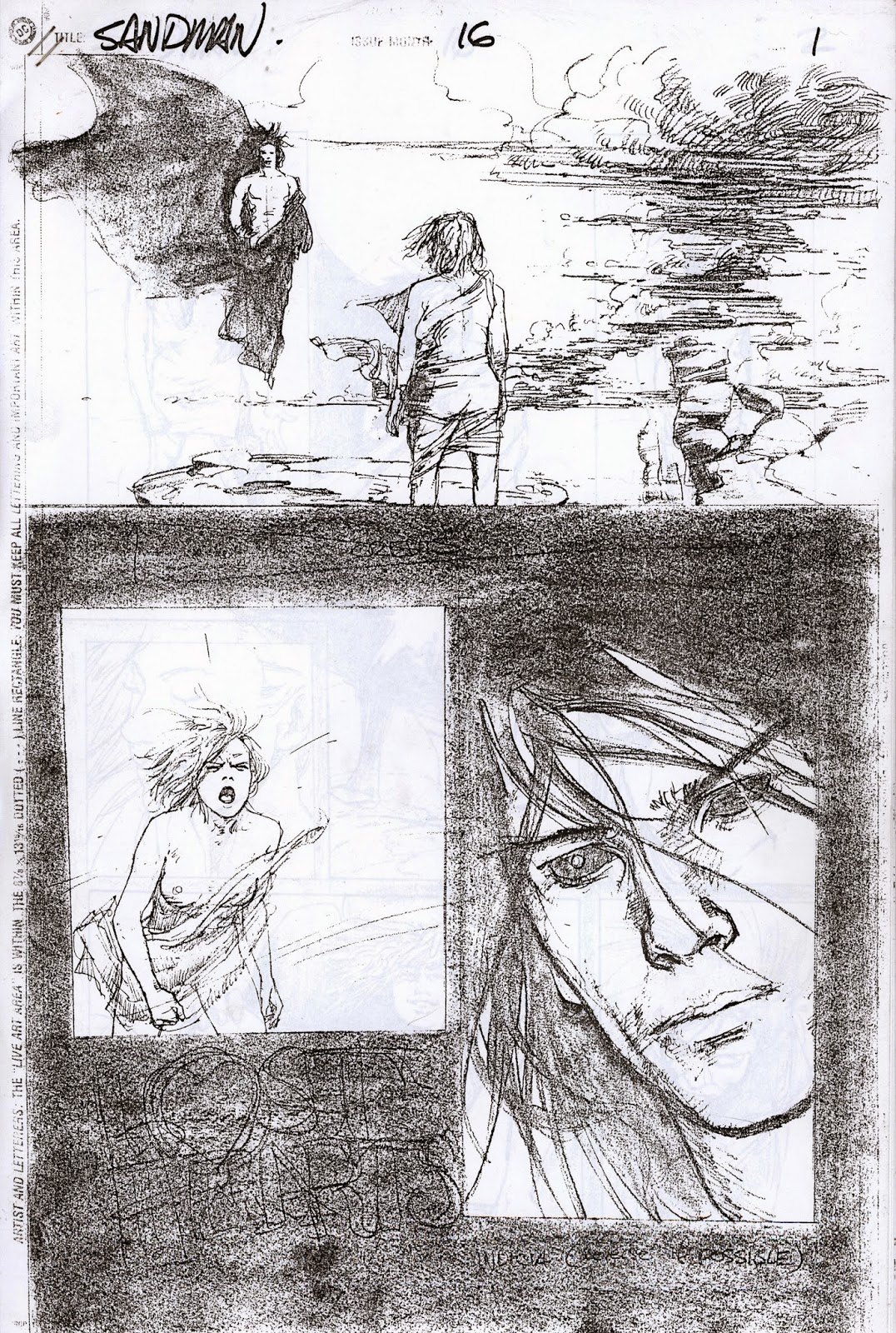 in the quest to know what a comic page looks like, it used to be that one had only to refer to How To Draw Comics The Marvel Way. Fortunately, there were other approaches to be had, and certainly DC and Karen Berger exploited in the '80's, establishing an entirely new version of art for sequential comics.

Here is the first page to the classic conclusion of The Doll's House storyline which, when collected, would be the trade to launch a hundred thousand fangirls into loving comics, when the industry, in every possible way, had ignored them for more than two generations. 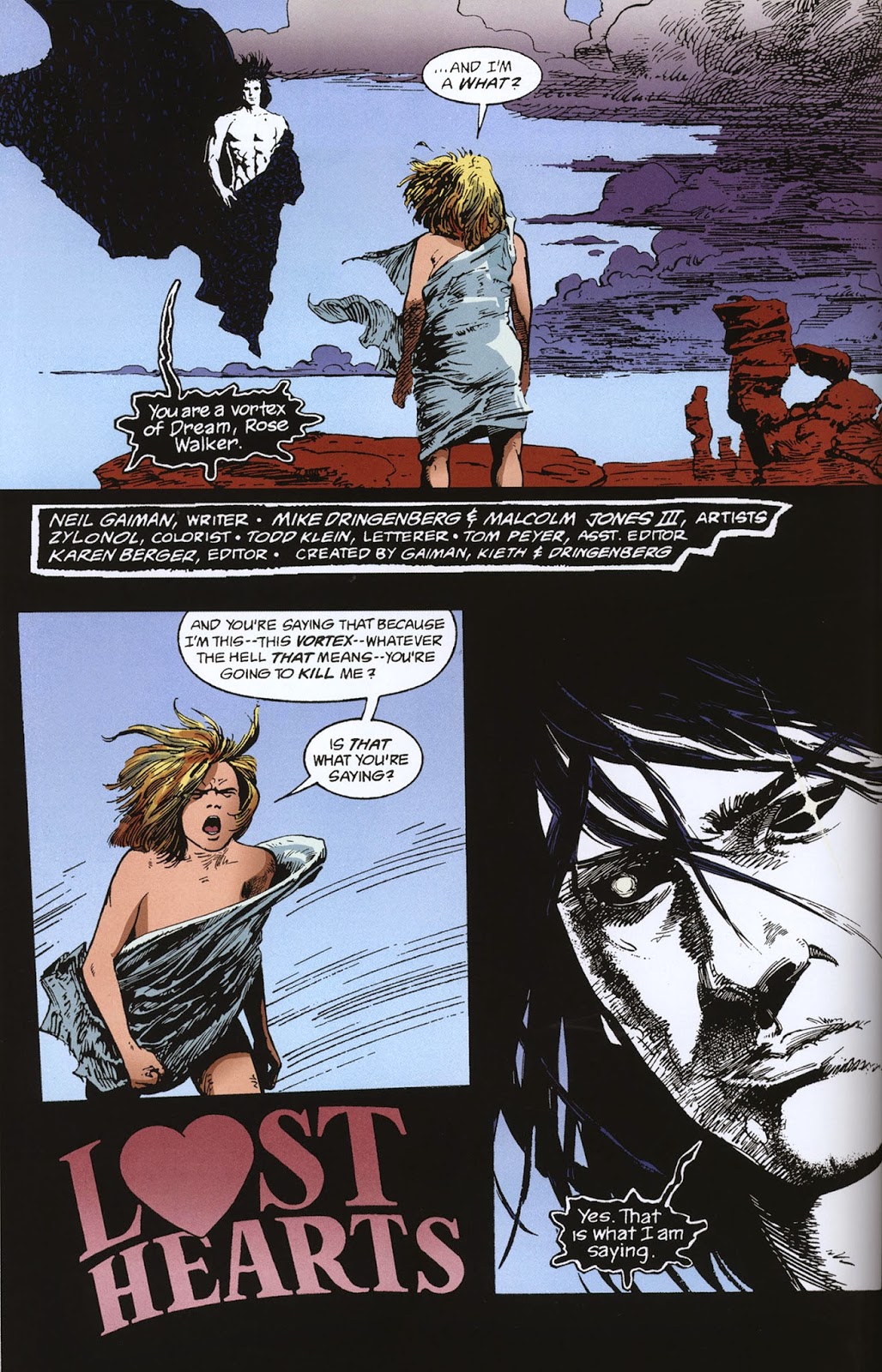 Mike Dringenberg was a classically trained artist who had no business putting his admirable skills into a monthly book, but he did anyway. His work, seen especially in the pencils, shows just how experimental and innovative he was off of Neil's scripts. Gaiman was not writing classic comic scripts, and the art had to reflect that. So, for likely the first time anywhere outside of the late Malcolm Jones' art table, here are the pencils to Sandman #16, as well as the recolored version printing in the Absolute Sandman #1.

As for me, I'm working away at The Carnival #2 for APE 2014 and looking forward to talking comics with everyone there. I'll have a new printing of  Carnival #1, as well as some prints of the Dick Sprang/yoakum collaboration of the 1950's Batman!
Posted by inkdestroyedmybrush at 11:18 PM 2 comments:

The Carnival You Didn't Read - "The Hotel Disaster" 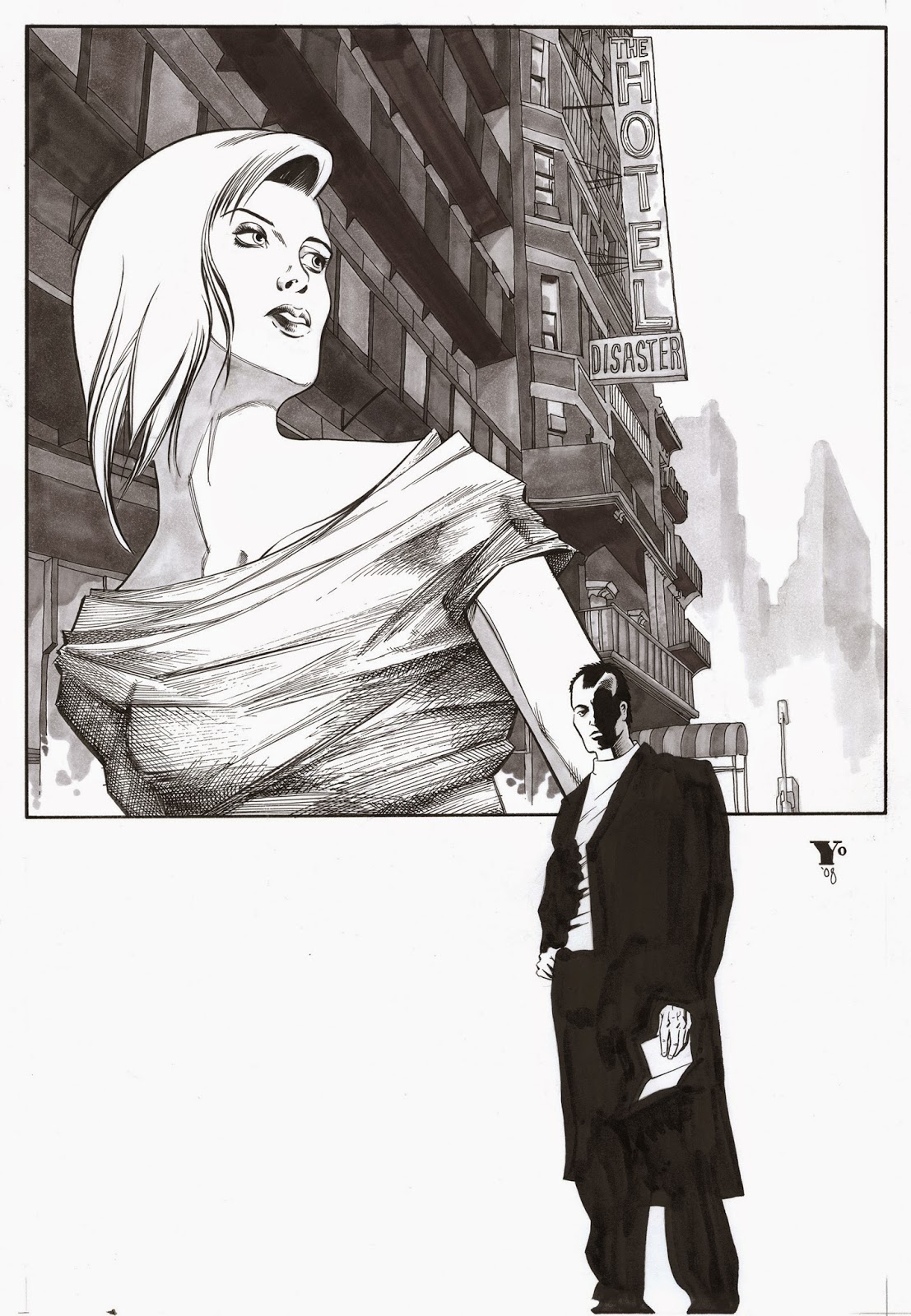 Found this piece in the archives, and had forgotten about it completely. This was the title page to an unfinished story called "The Hotel Disaster" that i had started to write only to find that i didn't have nearly the skill to bring it off. There are also a few things about this piece that bug the heck out of me now.

Take a look and then move on, that's what i say.

Working away, can't wait til APE 2014 at Fort M
ason in San Francisco.
Posted by inkdestroyedmybrush at 5:00 AM 1 comment: 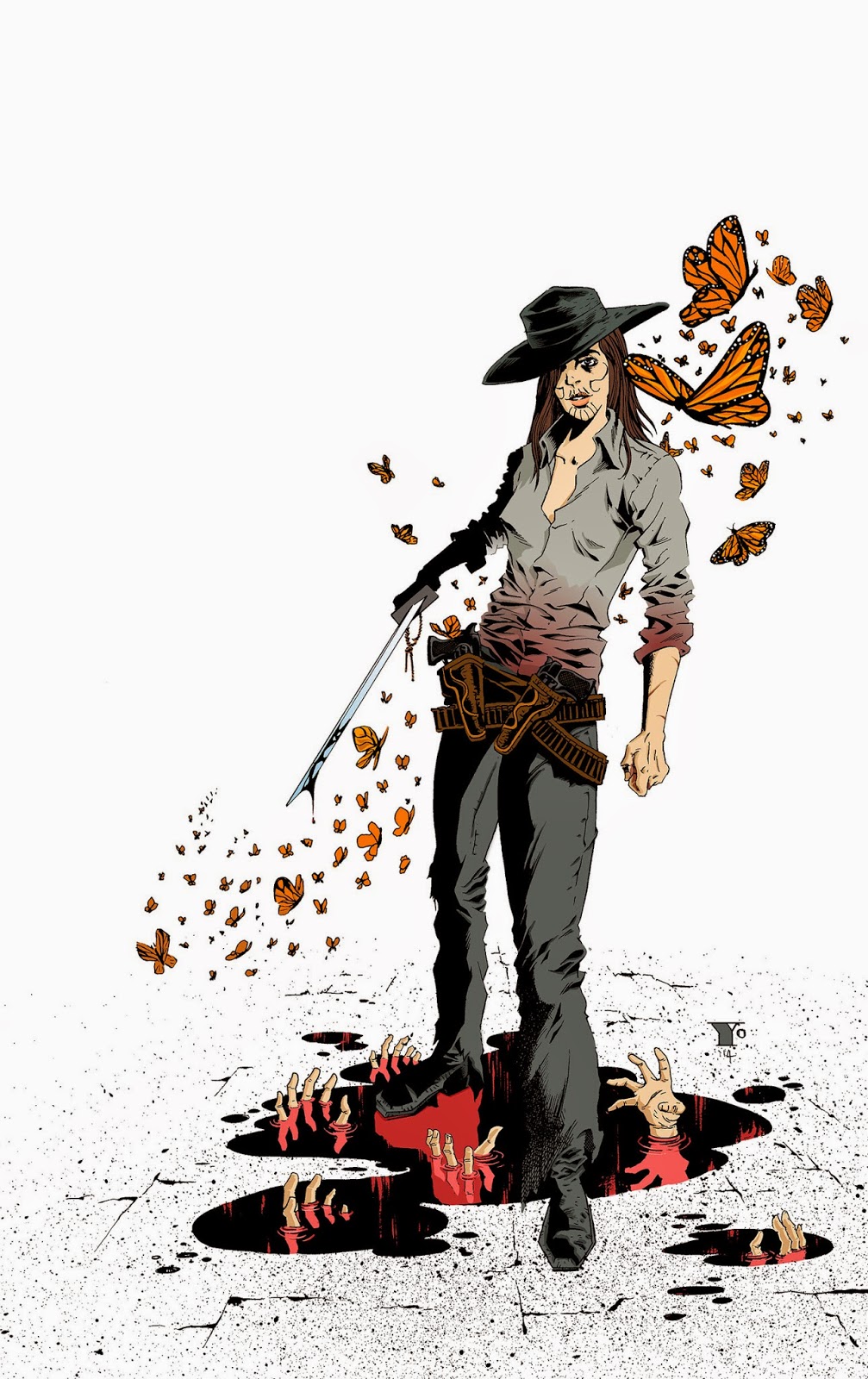 I was reminded by someone today that i had forgotten to post the color version of my Pretty Deadly piece. Feeling a little less insecure with my coloring, so here it is.
Posted by inkdestroyedmybrush at 8:30 AM No comments:

Working away on getting The Carnival #2 to press for APE in San Francisco on October 3rd & 4th! Wanted to document the creation of a panel early on in the process, in case there is some idea that comics are easy and simple. Perhaps for some, but not for me...

Thumbnail stage - here is where i write most of the story, on these stupid little sheets of printer paper and some thin Copic SP markers. rough little squiggles aren't they? 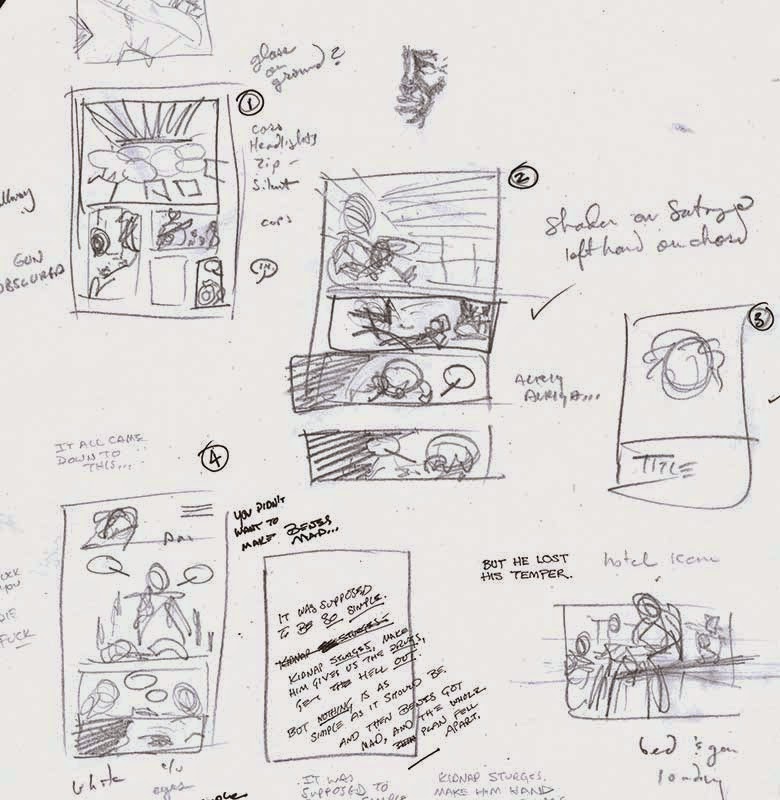 Then I sketch the page out full size on tracing paper in very rough, quick form. I'm trying to capture some of the energy of the initial sketch and at the same time, capture the angle that i see in my head, not always an easy thing to do. 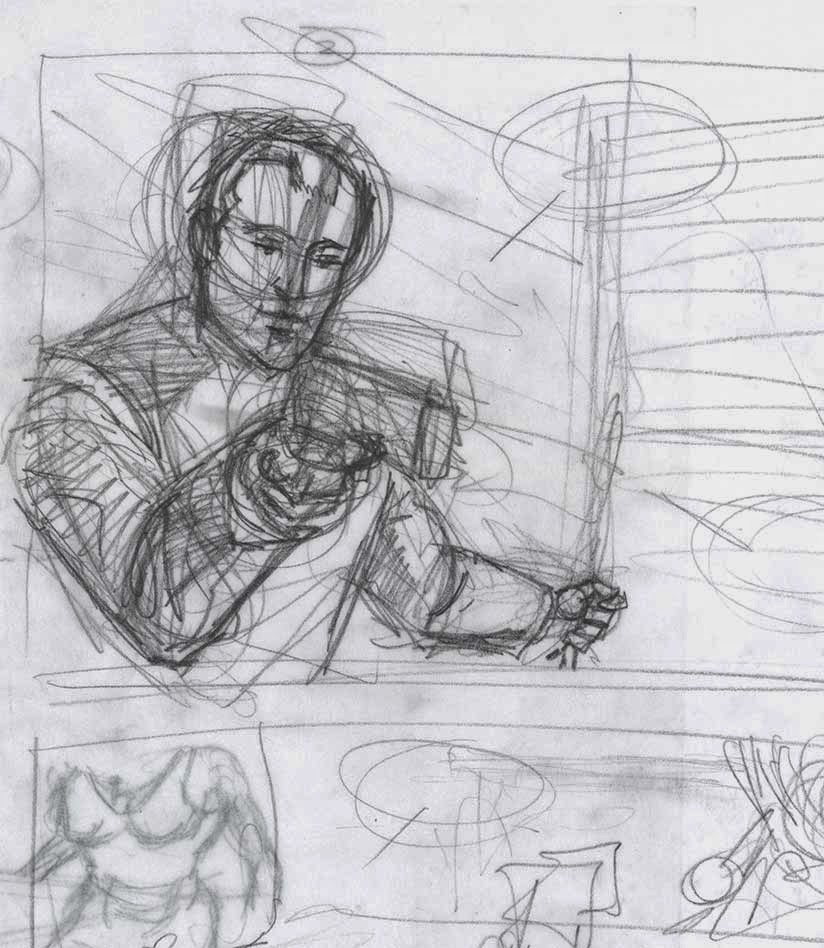 A second piece of tracing paper over to make the work more concrete, add guide lines for the anatomy on the face, draw through the figures. From here, if i can see the drawing in my head, I'll pencil this on the final page. 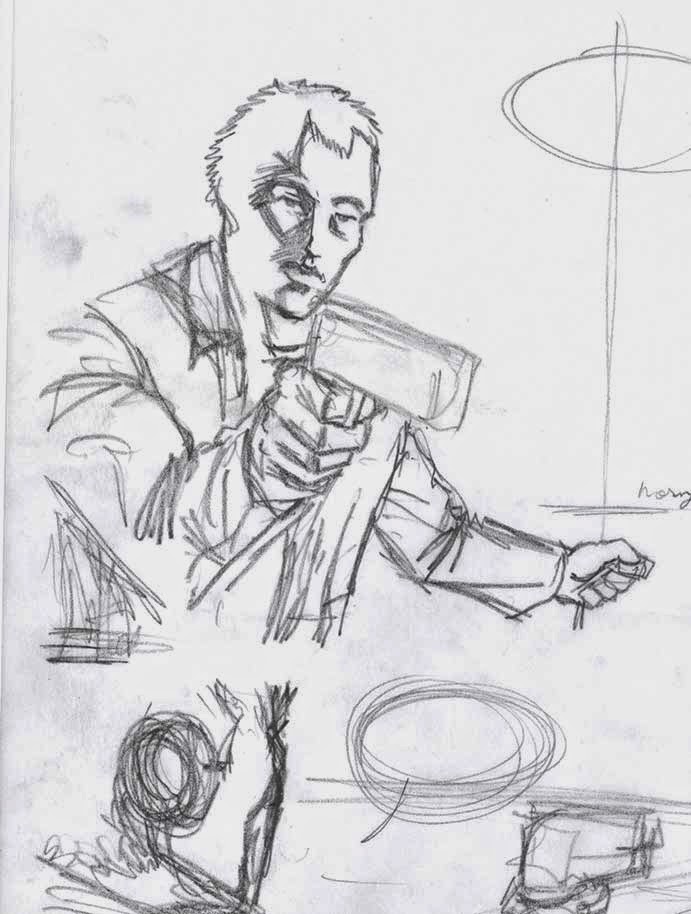 In this case, the lighting was important to get right, so i pulled out the trusty copic Multiliner pen, and a thicker marker to work the shadows until i got the right. I'd prefer to waste a few more square inches of the tracing paper than have to rework the thing on Bristol in the supposedly final stages. 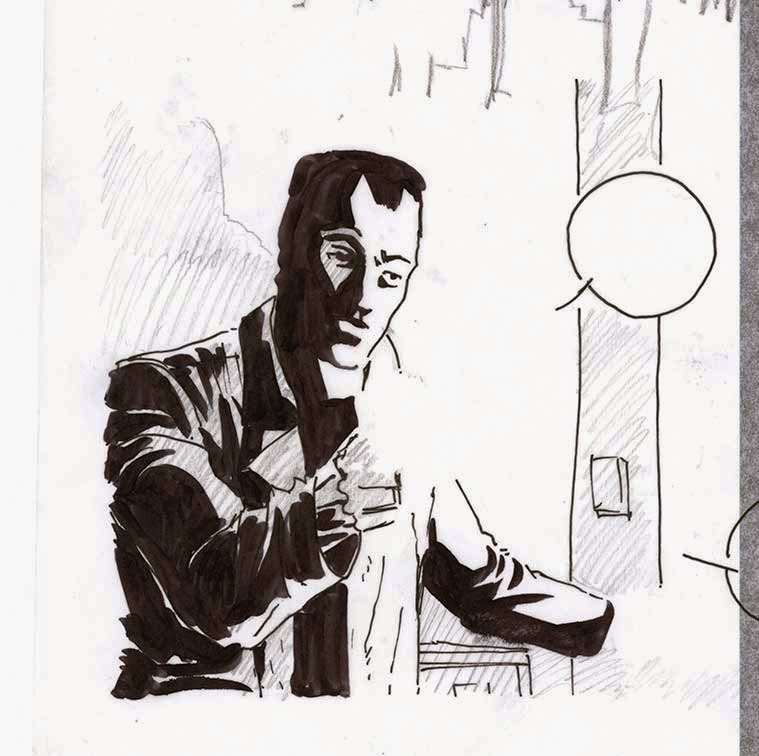 The second issue of The Carnival! coming to APE in 2014! Alex Sheikman and I will be at booth 724. I will be there on Sunday only (owing to them scheduling the Con on Yom Kippur), but Alex will be there selling Dark Crystal work and his sketchbooks both days!

Below is the rough for the second cover... 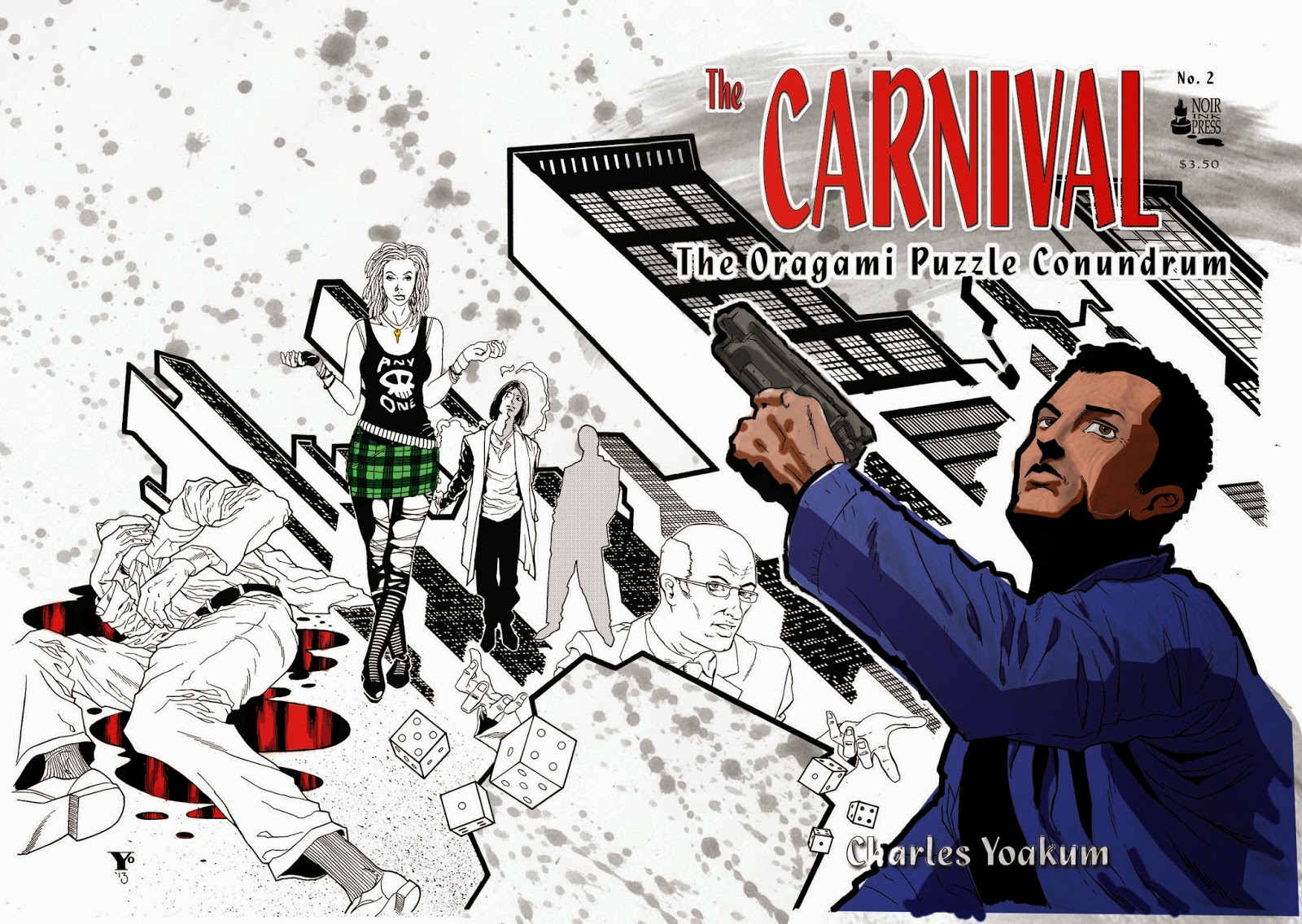 Posted by inkdestroyedmybrush at 10:36 AM No comments:

Ginny from Pretty Deadly by Yoakum 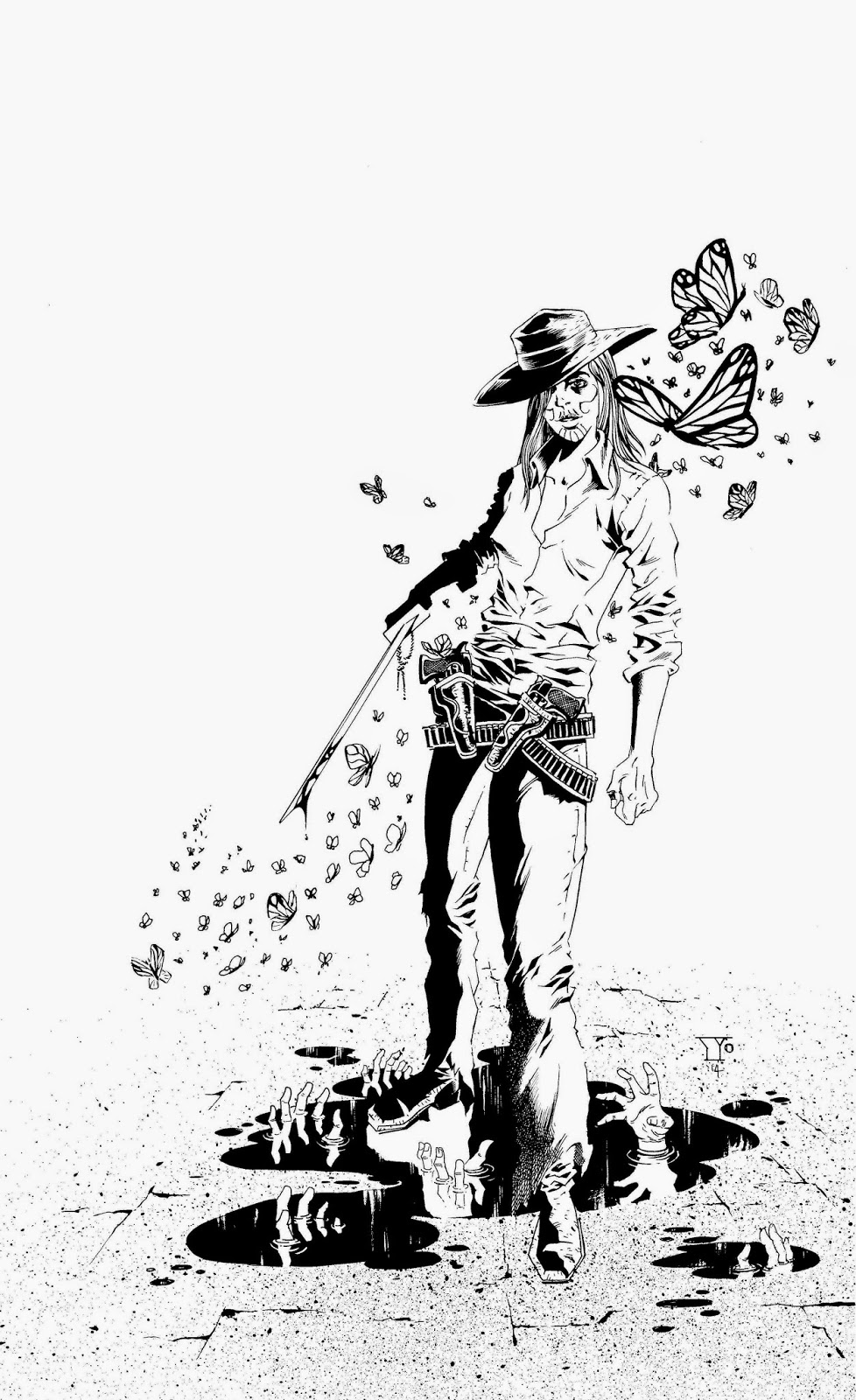 Inspired to do a little something on my favorite series on the stands right now: Pretty Deadly. Kelly Sue Deconnick and Emma Rios have created a beautiful, haunting mythological western horror that is completely captivating. If you haven't read it yet, get out and find a copy of the first 5 issues...
Posted by inkdestroyedmybrush at 12:25 AM 1 comment: